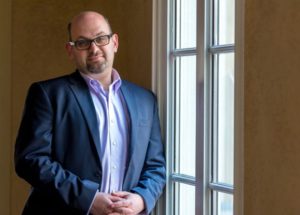 Keven LeBlanc is CEO/President of 4A Consulting. His career spans more than two decades in Federal IT and consulting, including nearly a decade as a leader with Liberty IT Solutions, managing the administration of Mentor/Protege and JV relationships, managing a portfolio of projects valued at over $175M in TCV, and supporting the company’s growth as it rose from a start-up in 2013 to being acquired by Booz Allen Hamilton in 2021 for $725M. Here he shares lesson learned about hiring, pursuing business, making connections and defining a niche.

Starting as a Small

As a small business you gain past performance and perspective by subcontracting to those who need your socioeconomic status, but you cannot rely solely on that status. I used to hear potential small partners claim they could do whatever we wanted. That isn’t possible or accurate. As a 5 or 10 person team or whatever size you are, what is your niche? What is the specific value you bring to this effort?

Small business needs to have a clearly defined niche, something to be known for, a clear brand promise they can deliver on and then over time strategically work to move toward the edge of that model.

No small company can possibly deliver on every capability needed. I would much rather see a team say, ‘this is where we are now, this is where we would like to be, and this project will help us move in that direction.’

When I met with potential partners, I always wanted to know their direction, the size they aspired to be. Smalls that wanted to be the biggest always felt as if they lacked focus. I would rather a team tell me they wanted to stay small, or they aspired to be a mid-size after they had had a chance to achieve certain things. These companies were more certain of who they were and where they were headed.

Growing a successful company is never about one person and their connections. At Liberty IT, while some leadership possessed VA-domain experience, in building the team we focused on junior people, many straight out of college, in whom we saw a drive. Everyone was expected to perform some degree of business development and where we saw passion, we would position more specific joint business development (BD) and capture leads.

Especially in BD and capture, it is never about hard skills. Success requires personability, and the ability to quickly build rapport. We wanted people who understood both the technical and business models, so they knew who to bring to the next meeting to build to that next level of understanding.

We wanted research oriented people. We had a team behind the scenes feeding us that intel as well – trends from VA or other agencies and industry, and analysis of the data that could inform meetings and conversations. No one can know it all, but that basic capability to research and understand what was presented is key.

The culture at Liberty was guided by the leadership who believed and understood we did not know everything so it was critical to hire people that could round out our capabilities. That being said, we did not want well-rounded individuals. Instead, we built teams with the skills, motivation and behavior patterns that fit the needs of that team. For example, a team focused on security do not all need to be great public speakers. They need to have the skill sets related to the job and one person on that team needs to be a strong communicator.

Bluebirds, those lucrative sales opportunities that you come across unexpectedly, without much effort, are there but rare. We made hard pursuit decisions based on metrics. We refused business when we did not have a solution that made sense, or where we lacked needed intimacy with the client, and we declined based on partner strategy if we disliked the view.

Our alignment with VA and its mission made us concerned about vendor lock. If the only option we had available would create that, we would decline.

We got to a point at which we could evaluate cost and effort and would not bid at a certain value unless there was the opportunity to build a new client set or a new capability that was part of a broader plan.

Understand the Complexity of the Mission

I would say Liberty was the only small business to really understand the breadth of that connection in projects, that notion that data and people move through all of these services. That VA neighborhood is real and you cannot focus on one part, ignore the rest, and succeed.

If you are looking to partner with a company supporting an agency like VA, you need past performance; something to give you credibility. It doesn’t necessarily matter if that is with VA though, as long as someone on your team understands VA and government. Medicare and Medicaid for instance come from a different scope but they share a broad national view and a heavy data focus that can be connected. Someone from the intel community can bring to civilian agencies that stronger security approach which can be incredible past performance.

While commercial applications are moving more into the Federal space there is a hard divide between the two. If you come into the government space thinking you know what you need or deserve based on commercial payouts, you will not succeed. The real payoff the government offers though, under that lower price model, is stability and the opportunity to prove yourself across a breadth that commercial entities will not reach.

Investing for the Future

Liberty spent years thinking about and predicting next directions. We saw VA and other government agencies moving towards a COTS best-of-breed. We saw low-code no-code moving ahead. We did not have a Salesforce practice to start but built a Salesforce-driven academy. We brought in people who were interested to get their certificates and built capability so when the time came, we had what we needed.

We identified that APIs would be a future direction, so we invested and pivoted, bringing in people experienced with NASA and the FAA and other agencies that had already been forced in that direction and we leveraged their skills.

Liberty’s growth was meteoric but that was a combination of luck, timing and strategy. We knew that T4NG was coming out, and that CMS was expected to release SPARC around the same time, and that DOD would be coming out with its own IDIQ. We had been paying attention years in advance, so we were positioned to ride that perfect storm.

With T4NG – as with other IDIQs – those companies that rise to the top at the start will always remain leaders. As long as they deliver, they will have enough to reinvest in growth, will have proven they understand how to win for that agency, and will have connections from those first efforts. Liberty came out early enough to have structure and past performance and we were able to hit the ground full force. You cannot expect to win an IDIQ and build slowly.

You have to take advantage of every chance to learn from your wins and your losses. Get debrief information from every opportunity – won or lost; look for trends in how your proposal was received. The data and intel you can gain there is too often overlooked.

Look for key times to take advantage of Freedom of Information Act (FOIA) to look for patterns. Look for trends within large and small businesses across the Federal sector.

The goal with any intel is not to stop at understanding what is happening now. You need to seek the next logical conclusion in trends so you can get to a place of strategic action instead of reaction.

As a small business you want to knock on as many doors, shake as many hands as you can, to ensure it is known broadly who you are and your defined niche. COVID and virtual events made it harder to make those connections but with those opening up, it’s time to be strategic about attending events.

This industry is so intertwined it is important to be very aware of that synergistic environment. You may be competing with someone one day and partner with them the next. People move fluidly. They may be on a competing team one day, be on your team at another time, or be your boss in the future. That means you must always walk softly and keep doors open, tailor your approach with a difficult partner if you must, knowing supporting the mission is always a win. 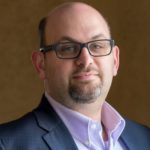 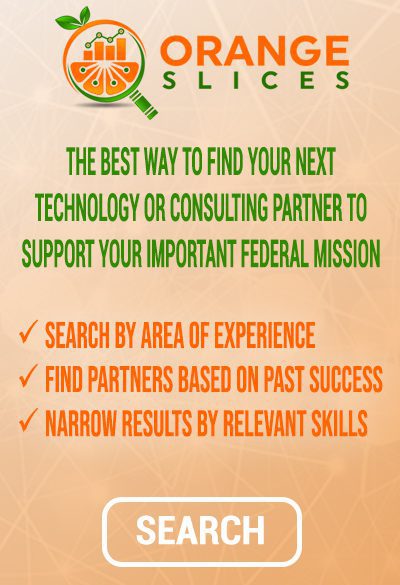 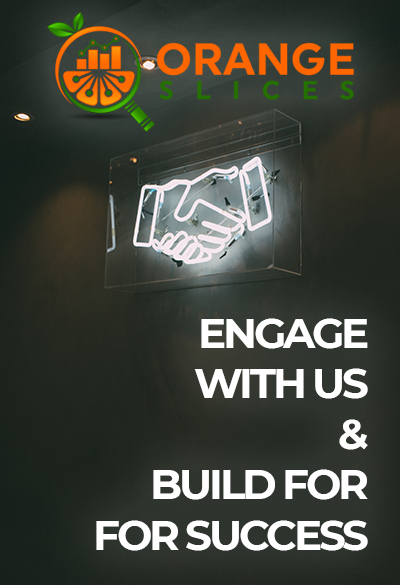